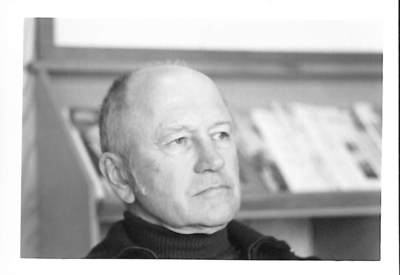 Frank Cole was born in Berkeley, California. He was an active and accomplished student and athlete. He played tennis, basketball, and soccer at George Fox in the 1930's. Cole served as both vice president and then president of the Y.M.C.A. He was very interested in history, taking nearly every history class that could be taken during his time at Fox. Genevieve Badley Cole was a Pacific College alumna, a life-long Quaker, and a long-time employee/volunteer of George Fox College. She graduated in 1930 from Pacific College, returned to the college in 1963 as assistant librarian. She was instrumental in helping establish the campus museum in 1980, cataloging and indexing more than 1500 items and creating displays. She was active in the Auxiliary as a volunteer. Frank Cole volunteered as the George Fox University and Northwest Yearly Meeting Archivist for many years. In 1990 Frank and Genevieve received the eighth annual Oregon Governor's Voluntarism Award for their service.