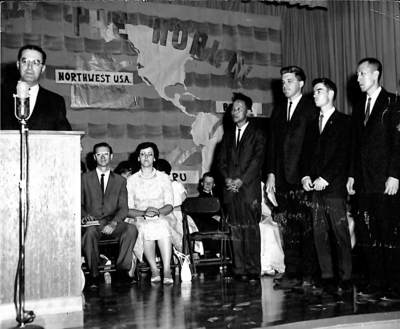 Dan Nolta (second from the right) is a 1962 graduate of George Fox College. He became pastor of Olympic View Friends Church (Tacoma, Washington) in September of 1969 guiding the construction of a new building. After many years, Dan, became the Chaplain (1984) in the Tacoma-Peirce County Sheriffs Department, where he served until his retirement. In retirement he and wife, Judy, a 1961 George Fox graduate, moved to Newberg, Oregon, in 2013. Dan and Judy have five children, two sons and three daughters.