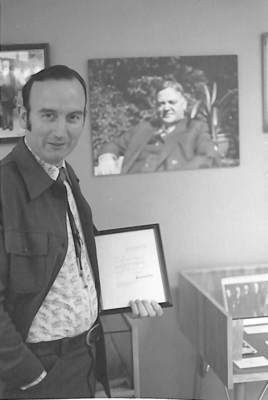 Lee Nash began at George Fox College on 1975 as a professor in the history department and the chairman of the Division of Social Sciences. In 1984 he was named Dean/Academic Vice-President. During his time as vice president he is credited with the move to a semester system, establishing Juniors Abroad and the Center for Peace Learning, and starting the computers across curriculum program on this campus. In 1991, retiring as vice-president, Nash became the first Herbert Hoover Professor of history and began organizing the bi-annual Hoover Symposium, working on a part time basis. Nash passed away in 2010 at the age of 82.