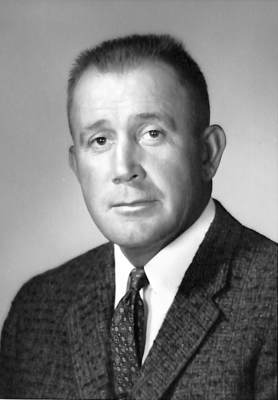 Dwight Macy was a rancher in Culver, Oregon. He was a significant donor to the university and had multiple children and grandchildren attend George Fox. Macy was on the Board of Trustees from 1960-1975 and again starting in 1977, later becoming an honorary trustee until his death in 2002.