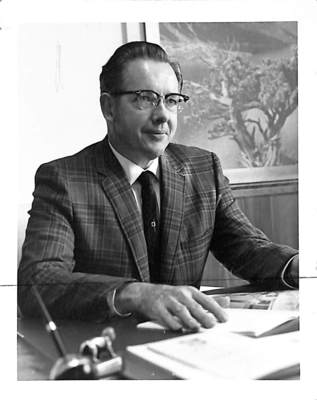 Bill Green served in many capacities in the university administration. In 1972 he began at the Dean of the university. From 1982-1983 he stepped in as interim President of the university when David LeShana stepped down. In 1983 he returned to his position as dean where he served for one more year. He taught at the college until 1989 when he retired. Green was businesslike and efficient but also had a great sense of humor.