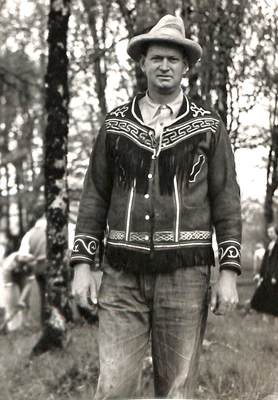 Emmett Gulley started at Pacific College as a student in 1912. As a student he was President of the Associated Student Community, began the letterman’s club, was editor of the Crescent, and played baseball and basketball. After graduating in 1916, Gulley taught at Greenleaf Academy for a few years before heading to Mexico as a missionary from 1919-1924. In 1928 he returned to Pacific College as a faculty member, teaching economics, sociology, Spanish, and physical education. In 1938 he worked with the American Friends Service Committee as an administratr of war relief. In 1941, he followed Levi Pennington as president of Pacific College, a position he held until 1948. During his presidency he decreased the college’s debt and increased the endowment drastically. In 1967 he was named George Fox alumnus of the year.