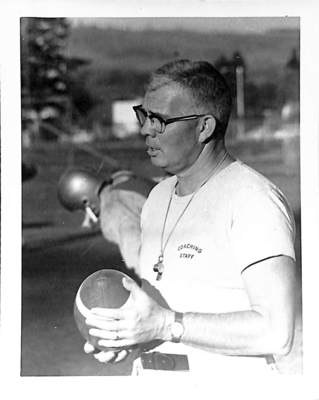 Earl Craven graduated from Pacific College in 1949 with a degree in Psychology and Education. As a student he sang in the choir and served as his sophomore class president before his education was interrupted by military service. When he returned he lettered in basketball, baseball and football. After obtaining a graduate education, Craven returned to George Fox in 1963 to serve as Director of Admissions, Athletic Director, and Football Coach. He resigned in 1967, but returned again from 1985-1997 to serve in admissions and continuing education. Earl Craven was inducted into the George Fox Athletics Hall of Fame in 1996.