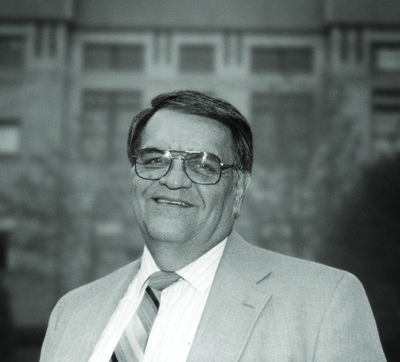 Bill Field (G52) was chairman of the board of trustees for five years beginning in 1984 after serving 11 years as vice chair. He died Nov. 21, 2010, in Vancouver, Wash., at the age of 79. He was named Alumnus of the Year in 1993. Field was named to the board of trustees in 1972 and was still an active honorary member 38 years later at the time of his death. He served many years as chair of the property and finance committee. In October, the board of trustees had honored him for his service. He and his wife, Ruth (Canfield) Field (n55), co-chaired the alumni phase of the university’s Centennial Campaign in 1991, helping raise more than $2 million for the university. Field was with the Carnation Fresh Milk and Ice Cream Company for 32 years in various levels of management. In 1979 he became part owner and business manager for Natural Gas and Welding Supply, Sunnyside, Wash., retiring in 1993.