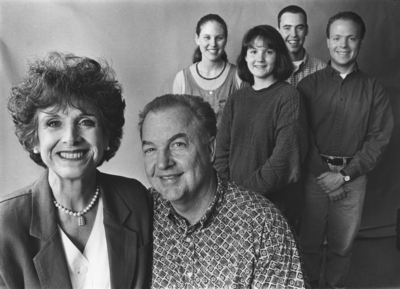 For more than 35 years, Marilyn and John Duke have demonstrated their passion for Christian higher education through both service to George Fox University and their generous financial support of several initiatives at the institution. On the athletic front, their $2.5 million donation in 2011 – among the largest single gifts ever given in school history – financed construction of the 14,000-square-foot Duke Athletic Center, home to an athletic training room, a locker room equipped with 130 custom-made wooden lockers, coaches’ offices, a classroom and a terrace. But this recent gift is just the latest expression of their generosity; the Dukes have been consistent givers to the university since the early 1980s, when their two daughters, Julie and Cindy, attended the school. In addition, Marilyn and John served as honorary co-chairs of the university’s Legacy Campaign, and John served on the George Fox Board of Trustees for more than a decade, beginning in 1985. Closer to their hometown of Rogue River, Ore., he also served as board chairman of Jefferson State Bank in Medford, Ore., and later in the same capacity with PremierWest Bank. Marilyn currently serves on the board of Youth for Christ/Campus Life.