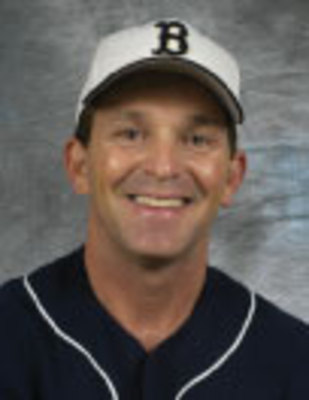 Pat Bailey served at the George Fox baseball coach from 1995-2007. In 2004, he coached the team to the NCAA Division II national title, for which he was inducted into the GFU Hall of Fame in 2007. Bailey completed his George Fox career with eight Northwest Conference championships and a win-loss record of 353-158. Bailey was born in Rock Springs, Wyo., and played high school ball in Moscow, Idaho, before going on to play for two years each at North Idaho College in Coeur d’Alene and the University of Idaho in Moscow. He posted a record of 223-134 in 13 years as a high school coach at Willamette High in Eugene, Ore., and West Linn (Ore.) High, and 187-64 in seven summers as an American Legion coach.