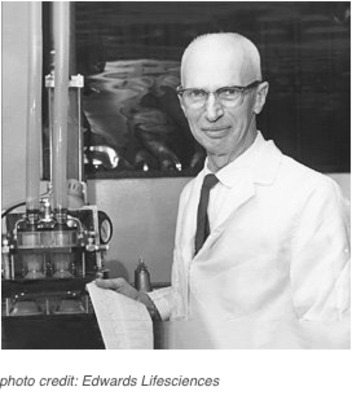 Margaret and Lowell Edwards donated a $1 million dollar endowment to the University in 1964, the largest in the University's history. The endowment was given as a scholarship fund for students pursuing science and health related professions. They also established the Edwards scholarship fund in 1969. Their contributions were important in establishing the Kershner Center of the Hoover Academic Building. M. Lowell Edwards, who attended then-Pacific College from 1919 to 1921, was world-recognized as the inventor of the first successful heart valve and the holder of more than 60 patents at the time of his death in 1982. The institution recognized Edwards' achievements on several occasions, naming him Alumnus of the Year in 1963, awarding him an honorary doctoral degree in 1964, and granting him honorary trustee status in 1976 after his 11 years of service on the George Fox Board of Trustees. The Edwards-Holman Science Center on campus bears his name.