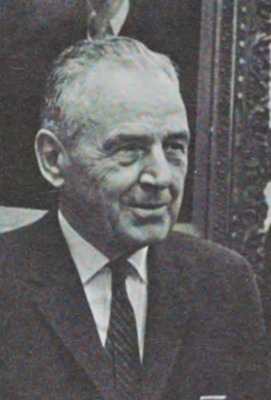 Edwin Haines Burgess was a Pacific College graduate of 1909. As a student Edwin was known as “the music lover of the class. He [was] also the baby but his years of lack of them did not prevent his mastering Greek and philosophy.” [Crescent, 1909] He also played baseball for the college. He continued his education with graduate degrees in law and became a successful lawyer, with extensive experience in railroads. In 1965 Edwin was honored with the George Fox Alumnus of the Year Award.