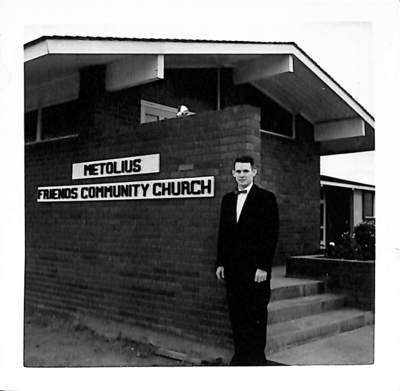 Gene and Betty are both graduates of George Fox College in 1951 and 1952 respectively. Betty has written many books including a series for children featuring Evangelical Friends Missions. She has taught classes on writing your own story as well as other biographical writing. Gene was the Director of Alumni Relations for George Fox College from 1969 to 1981. Later Gene was the Northwest Regional Director for World Gospel Mission with his office in Milwaukie, Oregon. The Hocketts pastored several Friends churches in Northwest Yearly Meeting including Metolius Friends in Metolous, Oregon and West Chehalem Friends in Newberg, Oregon. Gene and Betty have three children: Steve (Eloise), Christine Hockett Stanfield and Susan Hockett. Grandchildren: Elizabeth and Christopher Stanfield; Janine and Samuel Hockett.