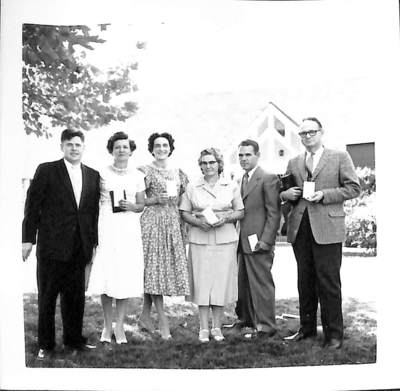 Wayne E. Roberts attended Pacific College from 1941-1944. After graduating he attended medical school and became a physician in 1952. Roberts was very active in his community and worked hard to support his Alma matter. Roberts chaired a committee to organize a Medical Society Care Program to provide free medical services to the unemployed in Jackson County. From 1954-1984 he served on the George Fox Board of Trustees and he became an honorary trustee in 1986. Along with his family he established the Frank D. Roberts Family Scholarship to help Greenleaf Academy students attend George Fox. In 1991 Wayne Roberts was given the Alumni Heritage Award. He passed away in 2013.