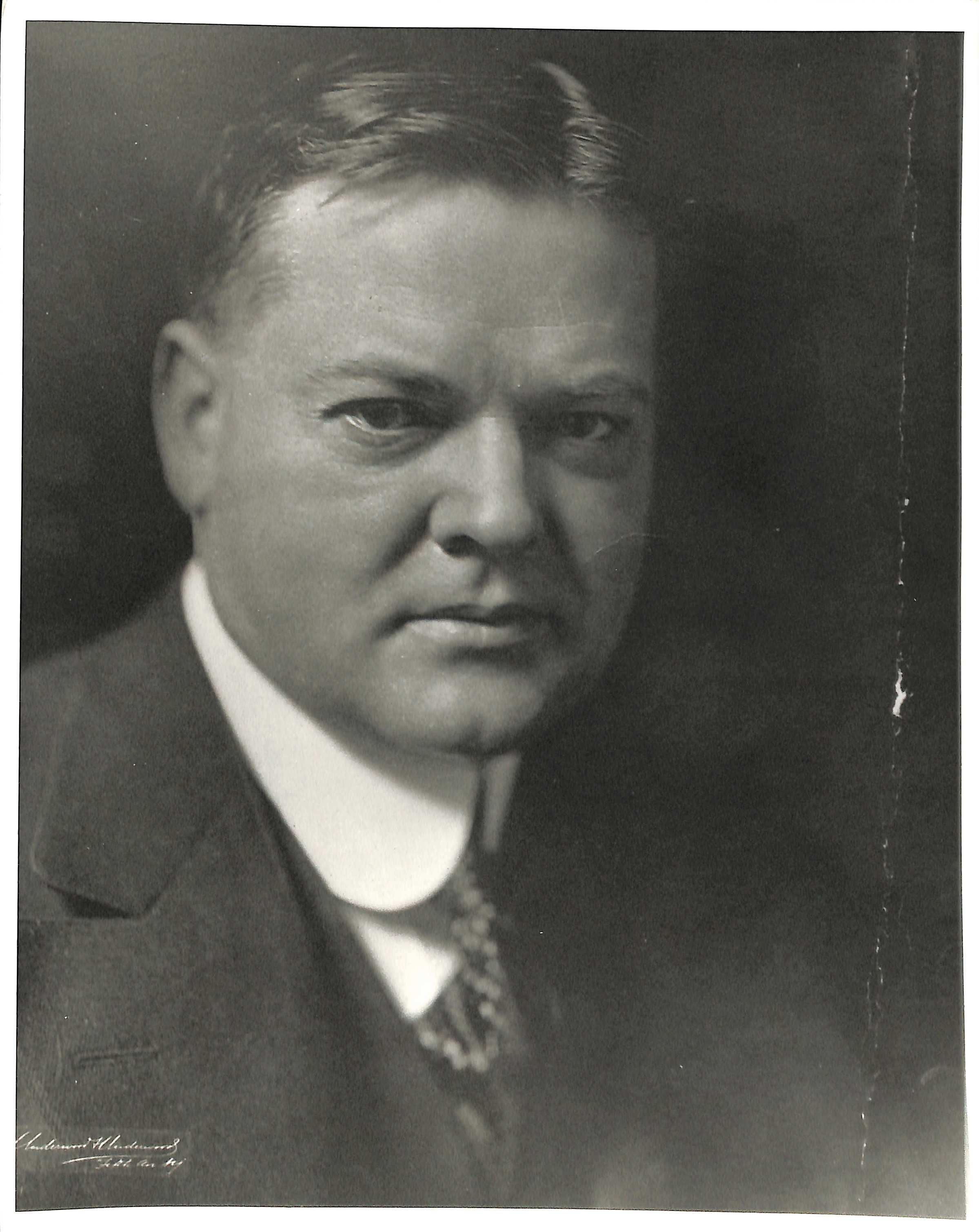 Herbert Hoover (1874-1964) was an American politician, mining engineer, author, and government official. He served as president of the United States from 1929 to 1933. He attended Pacific Academy, the precursor to George Fox University from 1885-1888. Throughout his life he maintained a connection with the college and Newberg.

The George Fox University and Mark Hatfield Collection on Herbert Hoover contains materials that show Herbert Hoover's relationship with Newberg, Pacific College/George Fox College, and individuals associated with both. Of note are the many items that shed a unique light on the personal life of Herbert Hoover such as personal letters, Christmas cards, early photographs, donations to Pacific/George Fox College, writings about fishing, and items related to the home he lived in while in Newberg. Much of the collection was developed by Sentaor Mark Hatfield who was a Hoover scholar and enthusiast. This collection is a unique look at how a small institution and town celebrate their links to a president.

Printing is not supported at the primary Gallery Thumbnail page. Please first navigate to a specific Image before printing.