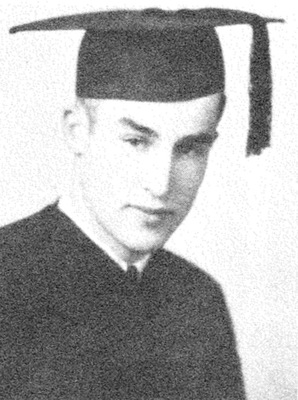 Wayne V. Burt graduated from Pacific College in 1939 with a degree in mathematics. Following his graduation he serves in the military during World War II in the South Pacific. As part of his service training, Burt was sent to Scrips to study oceanography. After the war he returned to Scripps to continue his studies. Wayne Burt founded the Oregon State University’s Oceanography Program and was instrumental in the development of the Mark Hatfield Marine Science Center in Newport, Oregon. In 1963 he was given and honorary Doctor of Sciences from George Fox. From 1970-1973 he served on the George Fox Board of Trustees. In 1988 he was honored with an alumni Heritage Award.