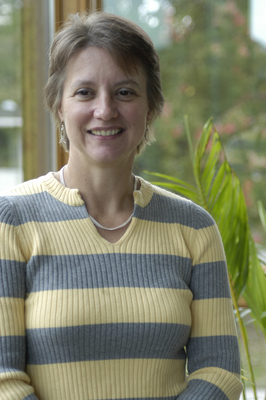 Becky Ankeny is general superintendent of the Northwest Yearly Meeting of Friends and is a member of Newberg Friends Church. Her parents were Friends missionaries in Burundi, Africa, for three decades, and she spent much of her first 15 years there. She graduated from George Fox College in 1977 and received an MBA (2009) and PhD in English (1986) from the University of Oregon. Her PhD work was on the fiction of George MacDonald, a Victorian preacher and writer who influenced C.S. Lewis. She taught at Westmont College from 1986 to 1988 before returning to her alma mater, George Fox, to work as a professor of English and as an administrator from 1988 to 2011. Becky and her husband, Mark, are the parents of two daughters, Davida and Elizabeth, who with their respective husbands, Richard Brown and Jesse Dillow, all graduated from George Fox University. Becky and Mark rejoice in four grandchildren.