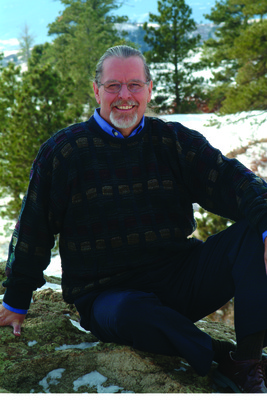 Richard J. Foster grew up in Mississippi, New Mexico, Nebraska, Wyoming, Colorado, and California. He became a Christian as a teenager and went on to earn a Bachelor of Arts in Religion and Philosophy at George Fox College in 1964. He married his wife Carolyn in 1967 and had two children, Joel and Nathan. Then he received a Doctor of Pastoral Theology in New Testament and Social Ethics from Fuller Theological Seminary in 1970.. Richard Foster is a prolific author and theologian whose 1978 book Celebration of Discipline was named by Christianity Today as one of the top 10 religious books of the 20th century. In the late 1980s, he founded Renovaré, a nonprofit that helps individuals and churches worldwide grow in Christ through the practice of classical spiritual disciplines. Foster has also served in a variety of ministry positions, including as a pastor on staff at Newberg Friends Church. In addition to the dozen books he’s authored, coauthored or edited, he’s written numerous magazine articles, taught spiritual formation classes at several universities and spoken in venues around the world.