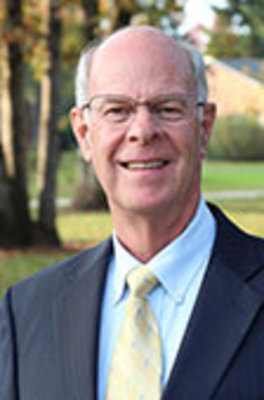 Dale Rinard graduated from George Fox University in 1967 with a degree in business and economics. Following his graduation he and his wife Nancy (Newlin) Rinard (GFU67) moved to Reedley, Calif., where Dale served his alternative service as a psychiatric aide in a private psychiatric hospital owned by the Mennonites. After completing his alternate service obligation, God clearly directed Dale into the path of executive leadership of psychiatric hospitals, which included administering clinics, addiction treatment programs and community mental health centers in California and Arizona. While in California, he earned his master’s degree in public administration from Golden Gate University. Notable achievements include implementing progressive mental health services in several California counties, a national award-winning mobile crisis intervention service, a turnaround executive for a California psychiatric hospital in financial trouble, opening a new psychiatric hospital in Arizona, and serving as chief executive officer. His last 17 years as president and CEO for TERROS Behavioral Health Services in Phoenix saw Dale rescue this nonprofit corporation out of financial ruin in 1995, when he grew the organization from no cash in the bank, 110 employees and a $4 million budget to $9 million in cash, 450 employees and a $35 million budget, making it one of the largest behavioral health organizations in Phoenix. During this time his visionary leadership included the creation of two new specialty behavioral health nonprofit corporations. He also served as board chair during the first few years of their successful development and ongoing operation. His retirement left all three organizations in strong financial condition and with outstanding reputations. Special recognition was given to him on his retirement by the National Council for Community Behavioral Health as Visionary Leader and he was recognized at the 2012 national conference in Chicago in front of his national colleagues. His community involvement included serving on six nonprofit community organization boards of directors and often carrying leadership roles, including board chair. His church work included more than 30 years of service on two different church boards and serving in such roles as treasurer and finance committee chair. He participated in several mission trips to Mexico, Bahamas and Costa Rica. He also served as a board member of an international mission organization. He and his wife are retired and living in San Diego near their daughter, son, their spouses and two grandchildren.