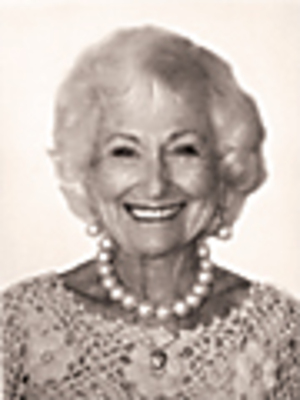 In 1937, Esther McVey graduated from Pacific College and moved to Sutherlin, Ore., to become a teacher. There she married her husband – who later became a senator – and they had six daughters. McVey started a radio show from her home and later hosted her own television show, Talk of the Town. She also hosted Be My Guest, on which she interviewed the likes of the Harlem Globe Trotters and the Kennedys. She later married Tyler McVey, a radio, TV and stage actor, and together they traveled the country and performed professionally.