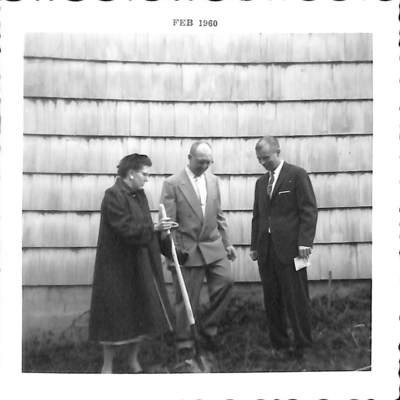 Margaret and Gerald Lemons met while studying at George Fox College. Margaret began at the college in 1947 and earned top marks her first two years. After her sophomore year she underwent surgery to correct a major heart defect. During her convalescence she continued to write for the Crescent student newspaper. After graduating and earning a graduate degree, Margaret taught language arts at George Fox for three years while Gerald served in Korea. She was a longtime volunteer at George Fox and served on the Board of Trustees for many years.