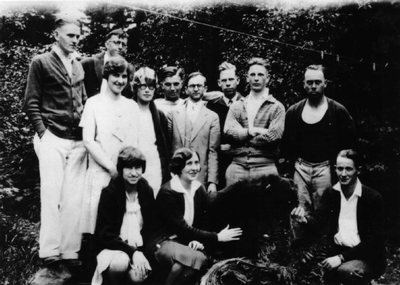 Arthur Winters was a George Fox College graduate in 1929, and after teaching in Montana for two years, returned to Oregon to pursue his Masters in Education at Willamette University. However, demand for teachers lessened during the Depression, so he and his family found themselves moving around the northwest until settling in to Greenleaf, ID, as a teacher and principal at Greenleaf Academy. It was not until later, in 1955, when Arthur returned to his academic roots at Fox to become the business manager of the university running the school's book store and student post office.