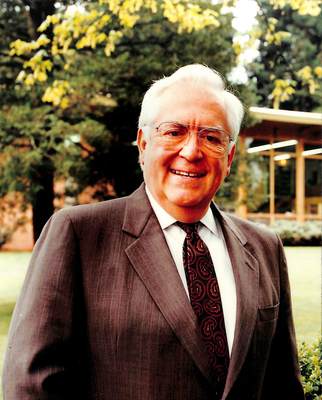 Portrait of David LeShana, circa 1990.

David LeShana served as President of George Fox for 13 years. During his presidency he was the longest tenured acting President of a college in the state of Oregon. LeShana saw the college through major growth in enrollment and the construction of 9 new buildings. When he left George Fox in 1982, he became the 6th president of Seattle Pacific. In total LeShana spend 15 years at George Fox.