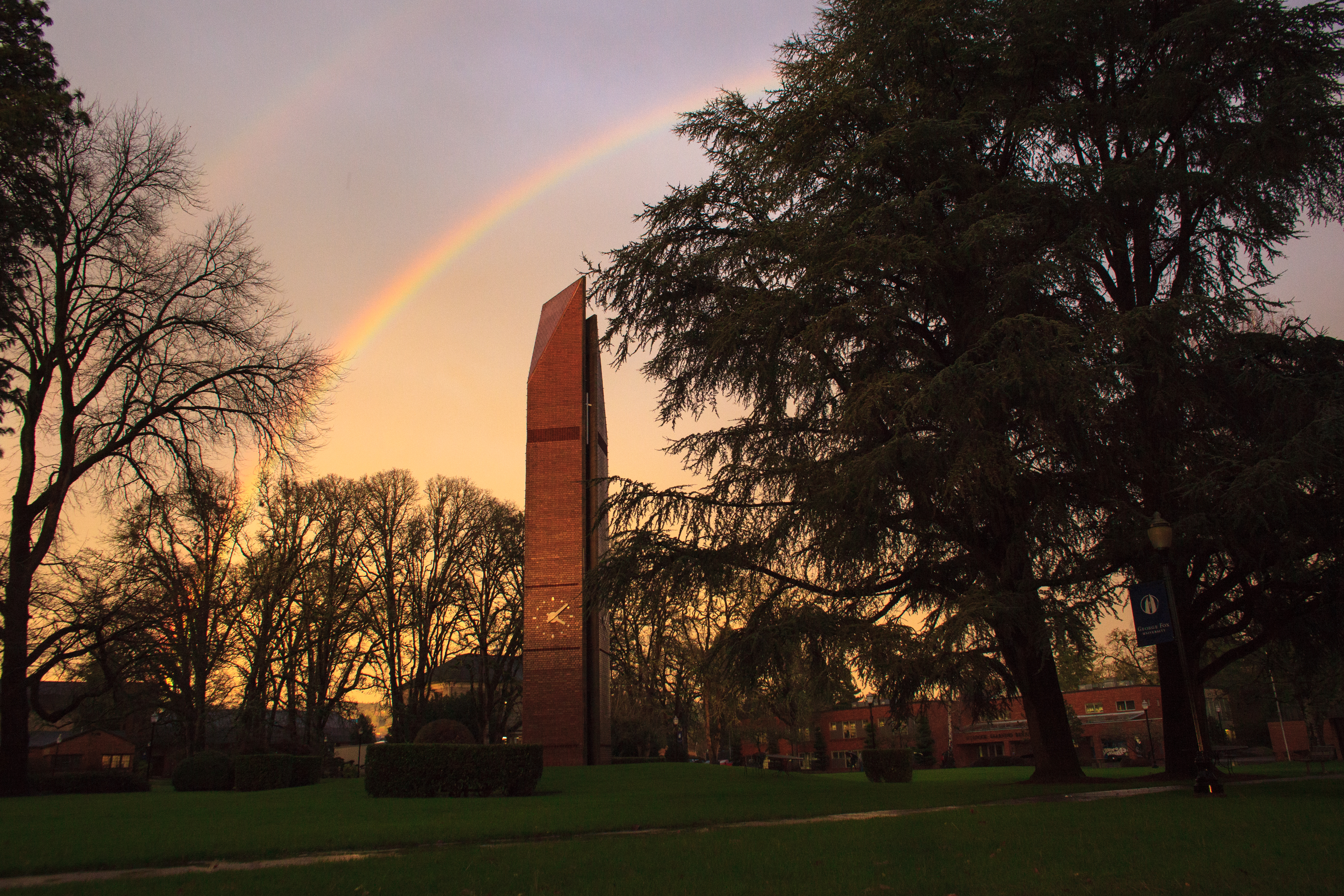 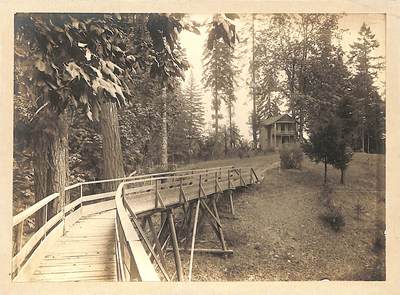 The bridge to the Hartley Home across Hess Creek. The original Bruin Jr. was kept in a pit in the canyon near this bridge.

"In the autumn of I887, Mr. Frank and his son, Reuben, were hunting in the mountains west of Carlton when they found a large black bear with a small cub. Mr. Frank shot the adult bear and Reuben caught the cub. They brought the baby bear home with them and Reuben gave it to Lenora for a pet. The cub soon learned that Lenora was the one who fed him and would follow her around like a dog and enjoyed wrestling with her. During the next summer Bruin grew so much that the wrestling games had to be discontinued. Also, it was no longer possible to allow him to run at large. As winter approached, the question of better protection than a chain fastened to a post or a tree in the yard presented a problem. Professor George Hartley and his wife, both teaching in Friends Pacific Academy at that time, had built a large log house east of the Wynooski creek canyon and a few hundred feet north of what we called the Portland road (now highway 99 W), or east Main Street. Lenora Frank offered to give Bruin to Professor Hartley and he gladly accepted the gift. The Hartleys had built a foot-bridge across a ravine that was between their house and the Portland road. The floor of this bridge was probably about 12 or 15 feet above the bottom of the ravine. Professor Hartley constructed a bear pit in the ravine just at the side of the bridge so we could stand on the bridge and throw peanuts and apples to the bear. Bruin became quite adept at catching with either his mouth or his paws."

From speech by Amos Stanborough, Class of 1893, entitled "Old Bruin."