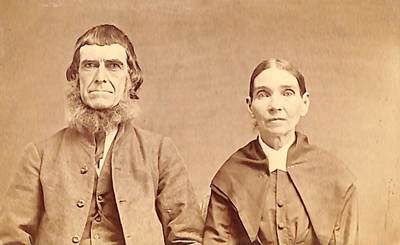 William Hobson was an Orthodox Friends Minister of the Wilburite Tradition. He was a Friend of the plain tradition and remained so throughout his life. Hobson came to the Willamette Valley in the 1870s and determined that it was the ideal place for a Quaker settlement. He encouraged other Quakers to settle in the area and form a community of Faith. William Hobson was a strong supporter of education, and his support of education encouraged the early founders of Pacific Academy and Pacific College that an institution of Quaker learning was essential. Hobson was an old man when the Academy was started in 1885, but visited to the school to bring pupils, who called him Uncle William, bags of apples. He was beloved by the students. Hobson died in 1891, the year Pacific College began.